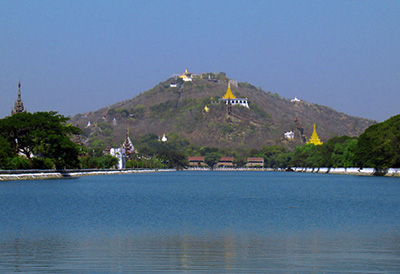 For a panoramic view of the Royal Palace in the midst of the beautiful Mandalay landscape with the hilly ranges in the distance, a climb up the Mandalay Hill is necessary. The hill which goes up to a height of 167.64 meters, bears the Ã¢â‚¬Å“wish grantingÃ¢â‚¬Â pagoda where a huge statue of Buddha pointing to the Royal Palace stands. According to legend, on his visit, Buddha prophesied on this hill that a great city would be found below. Now, along with photographers, you can flock to the hill to capture the sunrises and sunsets over the beautiful city. 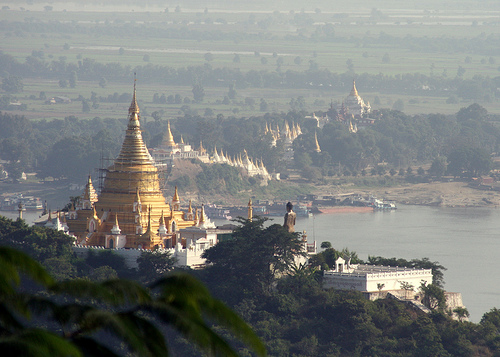 Just across the Irrawaddy River from Mandalay, is the stupa studded Sagaing Hills, where over 6,000 monks and nuns take refuge in over 600 monasteries. Climb to one of the pagodas that rests on the hills such as the Soon U Ponya Shin Pagoda and get an extensive view of the lush green hills. While the Sagaing Hills is a destination hotspot, donÃ¢â‚¬â„¢t miss some of the traditional stone carving and silk weaving workshops along the way from Mandalay. Stop by the workshops and witness craftsman carve a block of marble into an elaborate Buddha statue. 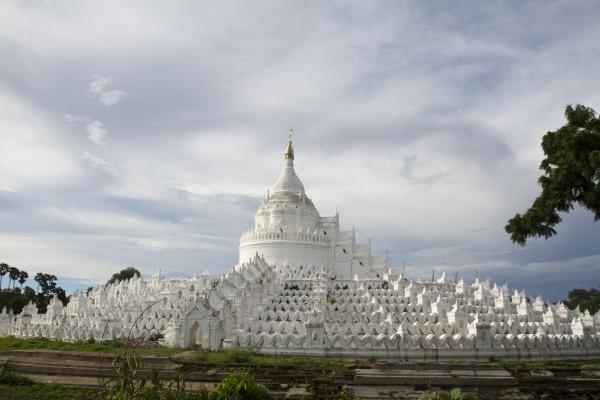 Across the Irrawaddy River from Mandalay is Mingun where the uncompleted dream of King Bodawpaya to build the biggest pagoda in the world is situated. The remains of the gigantic, unfinished stupa are still extraordinary. Just within a short distance is another massive product of the king, the Mingun Bell, which is believed to be the largest working bell in the world. The kingÃ¢â‚¬â„¢s grandson, King Bagyidaw, also left an impressive sight for modern spectators to behold. The white Hsinbyume pagoda, modeled after the mythical Mount Neru, strays away from the usual pagoda structure with surging rails and mythological monsters standing guard at various points in the pagoda. 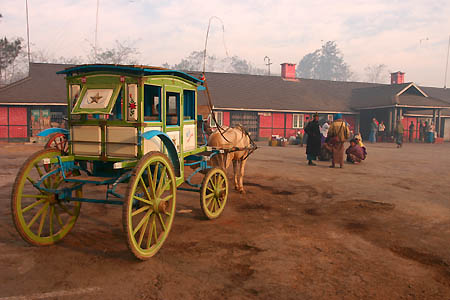 Pyin U Lwin truly lives up to its name as the city of flowers. It was once the summer capital of the British Colonial Administration and numerous buildings that remind us of their past presence still remain such as the Government House, Purcell Tower, the Secretariat, the Convent, and the Maymyo Club. The town is also known for its charming flower, strawberry, and coffee bean farms. Other attractions include the Kandawgyi National Gardens for all things horticultural and Daw Taw Kyaik Waterfall for a captivating scenic spot. 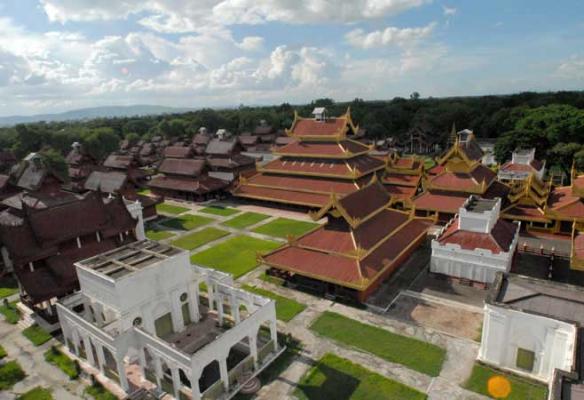 The Royal Palace in Mandalay was built in 1857 by King Mindon to fulfill an old prophecy to move the capital from Amarapura. Although the largely teak structures of the palace were destroyed by fire, it has been reconstructed to its former glory based on surviving images. The only remaining building of the palace, the Shwenandaw Monastery, will give you an idea of what the palace must have looked like in its original form with its intricate wood carvings that portray tales. You can continue to wander your way through the palace moat, gardens, swimming pools, audience halls, court building, the queenÃ¢â‚¬â„¢s chambers, and other historical treasures found within the palaceÃ¢â‚¬â„¢s 2 km long fortified walls. 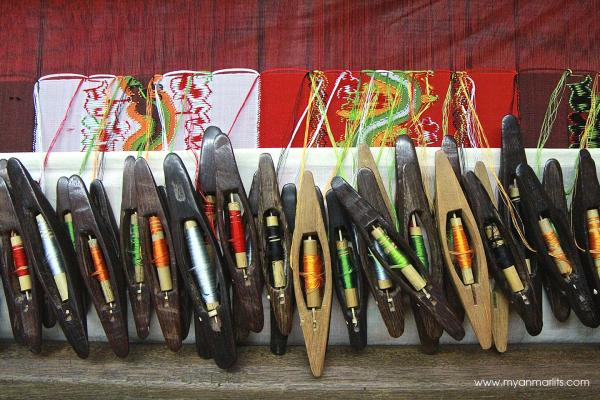 Amarapura, the city of immortals, had been the capital for two Burmese dynasties. What are left of its political legacy are the ruins of Amarapura Palace and the tombs of King Bagyidaw and King Bodawpaya which visitors can view. However, you will find the main attraction here to be U Pein Bridge, the longest teak bridge in the world. This 200 year old structure extends 1.2 km long over the Taungthaman Lake. Take a stroll down this landmark and stop by the shops, art galleries, and food outlets available at both ends of the bridge. 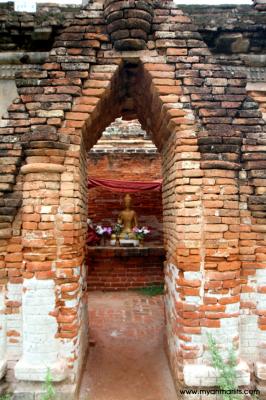 Innwa had been the capital of Myanmar from 1364-1841 for two dynasties. Hence, the main attractions here are fascinating regal edifices that outlasted its past kingdoms. Travel through the city on ox cart to tour various ruins of its palace, walls, and moat as well as numerous pagodas, temples, and monasteries stand from different eras while getting a peek at rural Burmese life. Some of the most visited attractions here are the Maha Aung Mye Bonzan, the brick monastery and the Bagaya monastery, the wood monastery. Both are living museums that reveal the architecture talented artisanship of the Burmese people in the particular period.